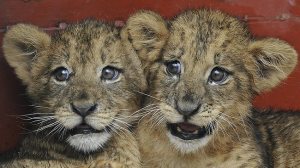 The tale of Lyla and Bendle is an epic one, in the sense that it can go on for months, if not years if you choose.

I started out with the two “children” because I had two young kids at the time (Lauren and Ben) — I eventually had a third kiddo, Andrew.

It’s common sense, but matching the characters closely to your kids helps them to really get involved in the story. But, let them do the personalizing – you don’t have to make it too obvious…that’s part of the fun and magic.

I borrowed heavily from other tales, especially when I was tired – Star Trek episodes, Star Wars, old Johnny Quest cartoons, whatever suits your fancy – using the ideas but not the actual characters.  For example, I wouldn’t insert Darth Vader by name in a story, but I might insert a hovercraft like Luke Skywalker’s “Land Speeder” in the first movie.

In subsequent blog posts, I’ll share some of the episode narratives and notes.  I only filled out the first 3 episodes of the story for you. Beyond that, I wrote some loose story notes for other episodes that I can remember doing.

The rest, you can make up as you go. That’s part of the fun, especially as you get into the characters.