It’s been three months since my wife Rebecca and I returned from Grand Rapids, Michigan, where we spent a long, late September weekend experiencing firsthand the ArtPrize competition.

We were guests of Mark Holzbach and Dana Friis-Hansen, the new CEO of the Grand Rapids Art Museum, or GRAM as it’s known locally. (That’s Rebecca on the left and Mark, right.)

Dana accepted the top job at GRAM earlier this year, after leaving the Austin Museum of Art (AMOA) where he served in leadership roles including CEO for more than a decade.

The trip to ArtPrize was one in a series of art adventures that Dana and Mark have organized and led over the years. Although this was our first adventure, we certainly hope it won’t be our last. It was a terrific experience for many reasons, a few of which I’ll highlight here:

Community – To attend the ArtPrize is to see what it looks like when a local community rallies around the visual arts. If you didn’t know better, you’d think that the entire 400,000 person population of Grand Rapids turned out for ArtPrize.

Just watch the video I took at one large exhibit space to get an idea of what it was like everywhere! It was both inspiring and aspirational, in terms of setting a mark for what Austin’s visual arts community could achieve if it sets its mind to it.

Discernment – So much of life seems to be a mad dash from one milestone to the next. At least two moments during the trip reminded me of the treasure that patience, stillness, and simply ‘being’ were equally important in discernment as is activity, motion, and speedy progress.

First, was the special preview that Dana gave us of a Director’s Choice exhibit he was developing in his ‘spare time’ involving works from the GRAM’s permanent collection. I captured a short video of him describing just some of the thematic influences shaping his assembly of the exhibit.

Second, was the description of the manner in which the Japanese artist, Shinji Turner-Yamamoto, imagined the execution of his work DISAPPEARANCES – an eternal journey.

Weeks in advance, as the property was still essentially empty, he took a chair early one morning, positioned it at the end of the long upper floor, and simply sat for six hours straight watching the sunlight shine into and through the space.

The work reflects his interpretation of the light as it brightened, moved, and stretched its way through the space.

Experimentation – ArtPrize is truly an experiment in venture philanthropy. We had the pleasure of spending time with ArtPrize founder and creative force, Rick Devos, who spoke about the journey of the competition. Rick talked about what they have learned (e.g., let the money do the marketing) and what remains unclear (e.g. how to ensure a meaningful value proposition for all participating artists).

I see the value proposition and an equitable outcome for artists to be among the greater near-term challenges to ArtPrize for building a sustainable venture, especially for attracting professional artists who invest a great deal of time and energy in their entries.

I suggested that the ArtPrize team connect with the Southby team, whom I admire for their dedication to what appears to be a deep, comprehensive review of the festival every year, in order to make it the best that it can be.

As a side note, I told Rick that I appreciated his advocacy of simple, open source principles guiding the ArtPrize competition. His personal view was that by adhering to them, it’s produced a level of community ownership and engagement that would be hard, if not impossible, to reproduce otherwise.

Proximity –Speaking of principles, one of the 3 core principles of ArtPrize artist participation is that the artists ‘show up.’ In other words, they aren’t allowed to simply have a piece shipped to Grand Rapids – they have to come. The beauty, of course is that a vast majority stay for some, if not all, of the competition’s three weeks.

This offers a unique opportunity for the public to visit with artists face-to-face, casually, learning firsthand what inspired an artist’s choice about materials, subject, size, etc. Over and over again, one has close encounters with creatives, as well as with the art itself. 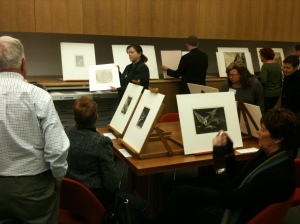 Other elements of proximity included: the city of Grand Rapid’s arrangement itself – everything is in walking distance creating a magnificent city center bursting with people and art; and, one more example, the drawings room at the GRAM where they house a remarkable collection of drawings by masters that, by appointment, is available to members of the public to study up-close-and-personal.

ArtPrize 2012 will be September 19 to October 7. Put it on your calendar now, because you’ve got to experience it to really appreciate it…and you’ll be glad you did!

I hosted the Sphero team at a Robot Meet-up at SXSW Interactive 2011.

Sphero is a cool little robotic ball that you can control with your iPhone.

I would have bought one then, but they were still under development.

I understand.  Making great products can be hard. 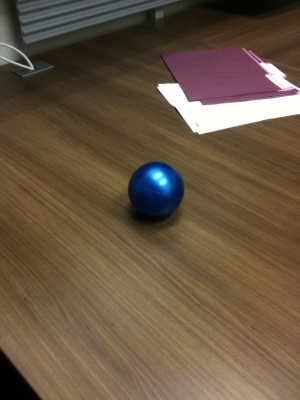 But then, I got an email saying that the website was online.  On it, you could provide your email to be first in line to pre-order a Sphero.

Then I waited to get the chance to actually place an order.  Then I got an email saying I could.

Cool, I thought.  I’ll get the Sphero well ahead of Christmas time.  It’ll make a great gift.

Then, I got an email in December saying that I wouldn’t get my Sphero by Christmas.

And that they were really sorry.

But I would get a t-shirt.  (I got it yesterday…it’s dark grey.)

I saw a tweet yesterday saying Sphero was shipping.  Today is December 22.  I hope I get it tomorrow – that would be great!

Until then, I’m still waiting for my Sphero.

There was a time when I didn’t “get” Twitter.  It wasn’t that long ago.

Now, I can’t conceive of a business day without Twitter or some microblog replacement – it’s that valuable a newsfeed.

But along with the news, I enjoy the occasional sidebar comment, article, or vid that someone I’m Following posts.

This is an example, courtesy @Greg2dot0, who simply tweeted: “Google Maps Has Walking Directions into Mordor.”

I had to investigate.  The best part?  The end destination is my hometown!!  See for your yourself 🙂