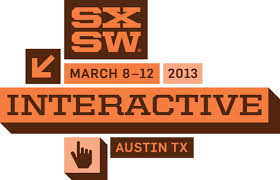 I’m a major fan of SXSW, or “Southby,” as it’s now known by most of the digerati.

I’ve been to many, many tech and business conferences all over the U.S. and the world.

But, never have I been to one that achieves the year-over-year improvements in logistics, programming, audience, and experience, as well as Southby. It’s the total package – one, in my opinion, that everyone needs to attend, at least once.

Yet, this Southby was a bit odd for me, from a participant standpoint, because for the first time since the very first interactive, I did it as an entirely solo experience.

I didn’t have another friend, member of my family, or work colleague that I buddied up with. I wasn’t a speaker, member of a company cohort attending/ exhibiting, or festival volunteer.

I don’t exactly remember the first Interactive I attended. I think it was 1996 or maybe 1995. All I remember is that it was the days when Bruce Sterling still invited the interactive crowd over to his house for an after party.

At Sterling’s talk this year, one of the questions Hugh Forrest, festival director (“that’s spelled with 2 r’s, as in: some are for work, I am ‘For Rest'” – nice one Hugh!) asked the audience for a show of hands for who among us recalled going to Bruce’s house for that party.

I wanted to raise my hand, but the honest-to-goodness truth was I never went, even though I could have, during a couple of those earlier years.

Back then, as it still is today, I’ve found that the after-hours scene of Southby just isn’t my thing.  I figure “why go to a Southby party when I can go to a party anywhere, anytime, and yell at (excuse me, visit with) people in Austin over loud music, over-priced drinks, and no seating?”

So, for me, the reason for Southby has always been the day programming.

That’s why it’s been such a great thrill to be both a multi-time speaker and advisory board member of Interactive.

Hugh says Southby is all about the community. I’d agree. But within that community, what I care most about is the ideas, the discourse, the unscripted Q-and-A that the community has with one its own who – for his or her moment – gets to be on stage as the center of attention.

Because of lots of professional and personal duties this year, I was only able to bookend the festival this year, going to the first and last days, Thursday and Tuesday. 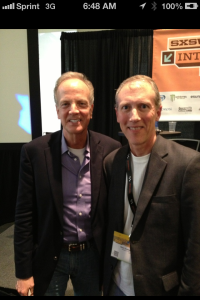 During those days, though, I attended talks by Bre Pettis of Makerbot, Senator Jerry Moran of Kansas (my birth state; that’s me with the Sentor), a session on manufacturing pirates in China (lessons of the Shanzhai), Inman of The Oatmeal, Peter Thiel, and Sterling.

Instead of nachos and Shiner, my feasting was on ideas. And, once again, for SXSW 2013, the ‘feast’ was abundant, flavorful, and deeply satisfying.

Did I miss the experience of being part of a team or even a dynamic duo at Southby? Maybe just a little.

But as odd as returning to a fully solo participant experience was, the rewards were still there. See you in 2014!