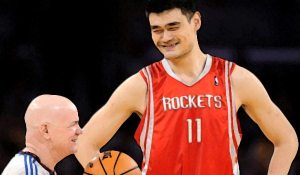 Let me be the first to say – by definition and admission – my observations are ignorant.

That is, ignorant in the technical sense that they are made with no formal study of Chinese culture, politics, geography, history.

A few blogs I’d recommend to you for a more balanced and informed set of observations about living and working in China include the following:

A few other facts about my circumstances that bias my writing: 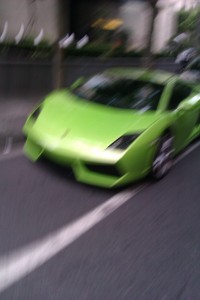 I live in an apartment complex in the central city, high-end district of Shanghai, known as Xintiandi. How high-end?  The cars in my gated complex are a mix of Mercedes, Maseratis, Ferraris, Porsche SUVs, and a smattering of BMWs, Audis, and 1 or 2 Lamborghinis.

Across the street is a row of specialty auto showrooms: the local Rolls Royce dealer, the local Lambo dealer, and a couple of high-end sports coupe dealers I’ve never even heard of …but am certain I can’t afford.

A neighbor in my complex is Yao Ming, the retired basketball great star with the Houston Rockets, who has fashioned a post-sports career as a Chinese cross between Magic Johnson and Bill Bradley – businessman and a statesman.

My point is: I’m pretty sure that I don’t live in a normal Chinese neighborhood.  To draw a comparison, I tell people all of the time from back home that where we live is sort of the Chinese equivalent of what I assume it would be like to live in the Dakota in NYC, or some other West Side condo across from Central Park.

Yes, I’ve traveled to other cities in China including:

But, even with these travels under my belt, I can’t profess to have gotten any closer to the real nature of the people and what it means to be Chinese.  I don’t speak or understand Mandarin.  And, I don’t read the Chinese simplified or traditional written language.

In fact, I’m not even especially fond of Chinese or other Asian food.  It’s okay – something I’d eat once or twice a month.  But, far from a diet that I’d love to adopt three times a day.

The reality is: I’m an unabashed Austin cheerleader with a healthy dose of no-place-but-Texas pride.  While I try to be fair and seek to understand the perspective of others, I have no doubt that my observations are colored by my own racial, ethnic, and religious upbringing.

Knowing those biases, I hope my observations aren’t interpreted as being insensitive or insulting to any group or people.  Read on and let me know what you think!

Shortly after I arrived in China, in January of this year, I began to write about the experience.

Unfortunately, it was a struggle for me to post my observations, due to China’s well-known ‘Great firewall.’

Facebook is blocked. Twitter is banned. Google is thwarted, although if you use an internet service provider that hosts via Hong Kong, you can get limited access to Google services.   Wordpress is stymied, although it can be configured to work with some effort.

Yes, virtual private network (VPN) software can bypass some of the blocks.  However, VPNs can be cumbersome to use, slow your response and processing times down considerably, and produce unpredictable results themselves.

Nonetheless, the first three months I was in China, before my wife Rebecca joined me, I used my trusty VPN-cloaked Facebook account and dodged Chinese censors to post short updates, photos, and videos to my social circles back home.

However, for longer posts like those on this blog, I had little choice but to wait until I got back on American soil.  In fact, of all places, I’m posting during a brief return trip through Austin and San Jose, backdating to the original months in which I did my writing.

So, the series of posts that come after this one are very much a personal account of my experiences and observations about Iiving and working in China.

With that in mind, I hope you pick up an interesting thought, bit of trivia, or fun fact from the next few posts.  Enjoy!