Before I get to the “bond genius” part of the title, a personal moment, to share my 3 Bowie favorites: 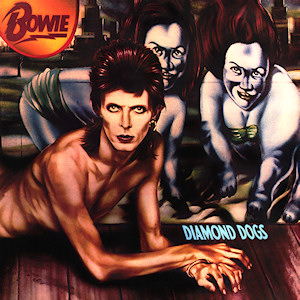 Album: Diamond Dogs – nothing like it. On first listen, it’s nearly repelling, in its unconventional musicianship and song-writing. But, listen closely and play it again, and the whole thing starts to become absolutely mesmerizing – an other-worldly lyrical vision and sound.

Song: Rebel, Rebel – ironically, the “hit” from Diamond Dogs. The irony is from the fact that the song sounds nothing like the rest of the album. Being over 40 years old, the track is far lesser-known to the Gen X and Y kids. It gets lost because it’s sandwiched in between the original Ziggy tracks and the latter-day, far better known Let’s Dance tracks. But, for my money, Rebel, Rebel is one of the most hard-charging rock-and-roll riffs of all time. 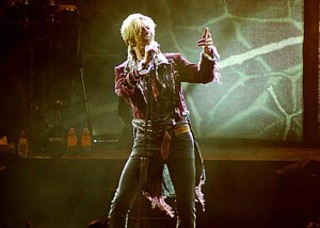 Live: The Backyard, Austin TX, April 27, 2004 – An amazing night. The Austin Chronicle’s review is on target, but of course comes up short with being able to capture the magic of the night.

Bowie was “on” and the crowd ate it up, me included. He and the band delivered the perfect set list. A night and a concert performance I’ll never forget.

Ok, now for the “bond genius” part. For this, I have to give full credit to one of my new favorite, morning newsletters, Quartz. I recommend that you check it out. It’s become part of my morning routine, with multiple round-the-clock issues available to be sent to your email. I get the early morning edition that hits my inbox around 5am.

This past weekend, they editors did a marvelous intro to the daily edition, talking about Bowie’s forward-thinking, on multiple levels. I really can’t improve on what they wrote, so I’m citing it here, in full – all credit (copyright) goes to Quartz. (Keep up the good work, Team Quartz!)

“If you ever doubted that David Bowie was from the future, consider how Ziggy Stardust clairvoyantly shorted the music industry. 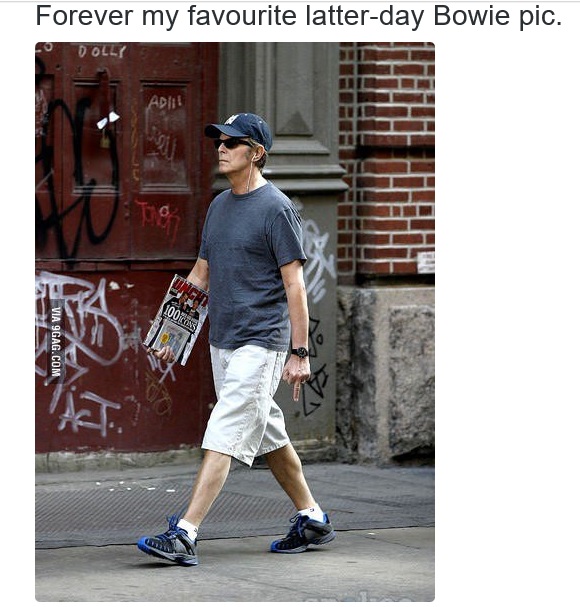 The late musician was always internet savvy—he started his own ISP way back in the AOL days, and was among the first artists to offer a downloadable album, just when Napster was starting to scare the bejesus out of the record labels.

His insight into digital music led him to predict the internet’s disruption of the music industry and cash out early. Back in 1997, he created an entirely new financial instrument: “Bowie bonds” were essentially a bet against the recorded-music business, providing the musician a $55 million payout, secured by future royalties from his enormous back catalog.

”Music itself is going to become like running water or electricity,” he told the New York Times in 2002. “The absolute transformation of everything that we ever thought about music will take place within 10 years, and nothing is going to be able to stop it. So it’s like, just take advantage of these last few years because none of this is ever going to happen again.”

In 1999, global music industry revenues were $14.6 billion; by 2009, they were only $6.3 billion. The entire offering of Bowie bonds was sold to Prudential Securities, which didn’t turn out to be very prudent: The 10-year bonds were eventually downgraded to junk status as music sales, including Bowie’s back catalog, evaporated.

Not all of Bowie’s predictions came true: He also told the Times that copyright itself was doomed. Due to the lobbying prowess of major media companies, copyright protection is stronger than ever—not that it has helped musicians much.

Streaming music services like Spotify pay out tiny fractions of a penny for every song played, making most professional musicians dependent on touring and other revenue streams. (Bowie predicted that too.)

Incidentally, the banker who helped to create Bowie bonds is now securitizing the royalty streams of one-hit wonders like Right Said Fred, the luminaries behind “I’m Too Sexy.”

It’s New Year’s Day 2016. And, in the spirit of this symbolic fresh start, I’ll offer a perspective for a fresh start to problem selection for software. Stay with me here…it gets less geeky…

A few weeks ago, as I was browsing my twitter feed, my eyes fixed upon a rapid series of tweets by a tech writer/speaker named Scott Berkun.

I’ll confess, I’ve never read any of Berkun’s books, nor heard him speak. But, he was among the earlier people I followed on twitter and I’ve enjoyed many of his posts since.

Anyhow, I’ve captured the series of tweets below, because they got me thinking about a topic that I would normally dismiss as bordering on nonsensical. (NOTE: the best way to read them is to scroll to the bottom and then read to the top.)

They first appeared as one of those rants that you sometimes see people fire off, due to anger, frustration, sadness, etc. So, when I read the first couple, my internal dismissive voice said “yeah, right.”

It was quickly followed by my internal logical voice which said “technology is just a tool; those kinds of changes only happen due to the actions of people.”

But then, a third, internal voice of challenge said “but, wait a second; why can’t we demand of our tools that they contribute in a substantial way to these kinds of desirable social changes?”

As the rant illustrates at the beginning (bottom): too often, our design & development efforts are focused on improving the speed or effectiveness of imperfect solutions to problems.

Or, they are focused on applying an “X of Y” adaptation (i.e., the “Airbnb of parking spaces”).

But, we tend to think that problems concerning social innovation and behavioral change are outside of the province of technology. When, perhaps instead, that’s the next frontier of app development.

So, as you plan out your 2016 today and in the coming days, think about how you can help bring to life an app that can change the world.