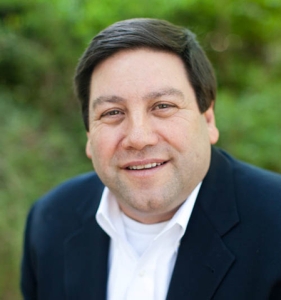 While worthy in its own right, the study was inspired by a running debate David has had with other influential leaders in the Austin startup community.

The debate is a classic chicken-egg argument. In this case, which comes first: quality deals, or quality funding?

Others have been asserting for a few years that there is sufficient capital to fund ventures in Austin, but that the city lacked quality deals.

David’s instinct, on the other hand (backed up by significant experience as a multi-time startup founder), was that the deal volume and quality was strong in Austin, but that the city was handicapped by a weak funding environment.

After receiving his Ph.D. in Entrepreneurship earlier this year and transitioning to a full-time academic at St. Edward’s University and part-time practitioner, he decided “Why wait for someone else to settle the debate? I’ll do it myself!”

The result – “The Capital Source Research Study” – is an important piece of rigorous research that puts forth a strong argument validating David’s instinct: that, indeed, insufficient capital is the city’s most problem.

More importantly, though, the surprise in the research isn’t necessarily the amount of early stage capital for getting new ventures up & running. We’ve written extensively about the availability of seed funding, including the sources that are “dark” and hidden in plain view in Austin and elsewhere.

No, the surprise in the research is the weakness in category representation of funding. Specifically, the study shows that the lack of funding in later stage and more mature sources – commercial bank options, mezzanine funds, private equity – is the Achilles heel in Austin.

In fact, the data, across 10 “startup” cities – using no less than a variant of Metcalfe’s law – persuasively shows that this issue of strength or weakness of category representation holds true.

For Austin, what this means is an intentional recruiting and cultivating of later-stage funding sources to become part of the city and region, for us to capitalize on the talent and deal pipeline that we’ve worked so hard to establish.

The reason is because, in my opinion, SXSW Interactive is one of the handful of institutions that deserves credit for helping to make Austin the thriving success that it is today.

Of course, it’s success was never a guarantee. And, if it wasn’t for the “grind it out” persistence of Director Hugh Forrest and the willingness by ownership to take the long view, then it wouldn’t be what it is today…perhaps wouldn’t *be* at all!

Hugh writes about this history and others of his lessons learned as a startup event entrepreneur in the Director’s Cut edition of Naturally Caffeinated. His reflections alone are reason enough to buy a copy of the book!

Over the years, I’ve been involved in as many ways as possible with the festival itself including, as: speaker, panel moderator, exhibitor, sponsor, venue host, award honoree (for the Deweys), registration volunteer, programming committee member, housing provider, and – last but definitely not least – an audience member / festival-goer at the panels, music, films, and parties.

As a SXSW Interactivist, I try to respond to every survey, feedback form, and request for input as possible, as my small part to help constantly improve the event and keep it great! As a result, my digital footprints are in a number of places on the website…

For 2016, I plan to participate across the spectrum – as a Platinum badger – for the first time in many years, checking out the music, film, parties and as much of the 24×7 scene as possible.

See you there, among the SXSW Interactivist ranks!

More than 70 contributors from Austin and around the world! Lessons learned and stories of inspiration! By experienced entrepreneurs, for first-time founders and students of entrepreneurship!

Learn everything about the history, contributors, publisher, special features and more on the “NCtheBook” website.