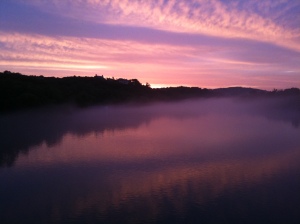 A couple of weeks ago, I posted my monthly contribution to AustinStartup.com, in which I referenced work by the IC2 Institute identifying and explaining the model of a vibrant, regional technology ecosystem that the study’s authors called the “Technopolis.”

After a harsh stretch during the post-dot com years, Austin certainly seems to be undergoing a renaissance – an Austin 2.0 phenomenon, in its own way – as one of the great Technopolises in the country. Recent evidence is its designation in the July issue of Kiplinger’s Personal Finance magazine as the “No. 1 best city for the next decade.” Personally, this feels a little bit like the video game jinx where so many players appearing on the cover of EA Sports’ Madden football have run into career-limiting (or ending) situations shortly thereafter.

But Madden-like falls from greatness notwithstanding, the Austin metro area’s recognition as a great place to work and build companies is largely girded by having such a great quality-of-life to offer.

I know from my own experience that our family considered Austin a quality-of-life move, more than 15 years ago when we came to the city. We were seeking refuge from common big-city problems, like crime, traffic, and pollution. Of course, there were trade-offs, like the higher cost of housing (as compared to elsewhere in the South), the sharper divide in racial boundaries and overall lack of ethnic diversity, and the more unchecked suburban sprawl. But, overall, Austin delivered on the quality-of-life promise for us.

And, if you haven’t kept track of the quality-of-life recognition that the city has received recently, it continues to show well. Just counting the first six months of 2010, here are some quick highlights courtesy of the Greater Austin Chamber:

At the macro level, scoring at the top of those lists is great for the city, but at the micro level, what are examples of some of the hundreds of enterprises and amenities contribute to securing Austin’s top finishes?

Fortunately, Austinites aren’t a shy bunch and can be quite articulate and passionate in their loyalties and favorites. Besides voting with our dollars every day, Austinites literally vote for their favorites in polls, many prominently featured in the hometown weekly, the Austin Chronicle.

In this spirit of naming names, I offer my own, personal list of favorites – in no particular order of priority – representing the on-the-ground micro-ventures that make Austin my hometown for life:

Ok, ok, ok…basically we think pretty much every Austin 6th Street / Red River venue is killer in its own way and, even though the district seems to be going through frequent bi-polar swings – from bordering on seedier, grittier, darker to hipstery, celebreality, pre- and post-yuppie – there’s still no place like it and I love it.

The “Live Music Capital of the World” nickname may be getting dissed more frequently these days (including by our current mayor, who admits his tastes favor Salzburg and Vienna), but personally I think the 365-nights-a-year diversity, raw intensity, and volume of options is unbeatable.

I just finished a “FreshTech Friday” post for AustinStartup, one of the blogs where I contribute from time to time. Entitled “Q: Is it fake? A: Who cares? (You should!),” I talk about the perils to creativity and originality that are popping up, and what citizens who care about innovation ought to do about it.

Since my focus is unapologetically grounded in the issues of my hometown-for-life, Austin, Texas, my thoughts on the topic of what one “ought to do” have a Central Texas flavor. But, they can certainly be personalized to your own region of the country, even with the obvious differences in people and institutions.

1. One of the victims of the No Child Left Behind era in American public education has been the death by a thousand cuts of critical thinking. Data and information is being “learned,” but the processing of it, via critical thinking, into knowledge and (ultimately) wisdom that produce new authentically original thoughts and new ideas, has suffered mightily on the standard K-12 curriculum.

From fine arts classes to “gifted and talented” programs, kids lack the choices (and schools lack the budget and incentives) to practice critical thinking. Attend a neighborhood school’s open house. Find out how you can help out in the classroom or through diverse non-profit programs, from Communities in Schools to Destination ImagiNation.

2. While some improvements have been made, the velocity of patent approval is still far shy (and the expense of the process, still too high) in the U. S. Interestingly, Congressman Lamar Smith, who has represented a large swath of south Austin for several years, is the ranking minority member of the House Judiciary committee.

And, when the Republican party regains a majority in the House again, which it someday will (the pendulum swings are inevitable, no matter what your party affiliation or political persuasion), it’s quite possible that Congressman Smith could have in his future the highly influential Chairman role for the Judiciary Committee.

If you haven’t boned up on your congressional committee assignment responsibilities recently, you’ll see that the Judiciary Committee has jurisdiction over copyright, patent and trademark law, and information technology, among other things. So Austin-ites, get to know your Congressman Smith and let him know what you think about these subjects, like the Patent Reform Act which he co-sponsored in 2005 and passed in the House, but since then has been something of a political hot potato.

3. Lastly, one of the more distressing international side effects of the “great recession” over the past two years has been the increased protectionism between countries and the reassertion of trade barriers, via tariffs, bans, and other penalties or impediments. This affects IP, because one of the real engines of global prosperity is the free-flow of intellectual property, given its appropriate protection and valuation.

Indeed, one of the chief exports the U.S. has retained is our knowledge capital – both intellectual property and the expertise to operate a knowledge worker economy. With other countries that have been slow to adopt international legal frameworks and enforcement regimes, promoted by bodies like the WTO, the retreat to a more protectionist environment has made the free flow of ideas harder.

On the other hand, one of the more promising side effects of the open source movement over the past two decades has been the development of the commons approach to IP. Indeed, Creative Commons has been aggressively developing licenses and other legal frameworks for promoting the sharing of patents and other IP beyond software, into areas like life sciences and sustainability, through efforts like the GreenXchange.

For Austin, with assets like the Clean Energy Incubator at the University of Texas and the city’s smart-grid effort, the Pecan Street Project, this opportunity to acquire the sustainability-oriented patents from organizations like Best Buy, Nike, and Yahoo, for low or no cost, may be a real boon. The hope is that such efforts will help to accelerate the time-to-market for innovative products and services that can make an impact on climate change.

My advice? Learn more about commons, in relation to all of the other options. And think long and hard about what is worth protecting completely (via patents and trademarks), versus partially and/or pre-approved with certain restrictions (via a commons approach), versus not at all.

I have no doubt this topic will continue to be a hot one for years to come. Let me know what you think.