Doneta June Guengerich (born June 8, 1934) of Austin, Texas went to Heaven on June 16, 2020. She was eldest daughter of Samuel Alvin and Thelma Yoder (both deceased). 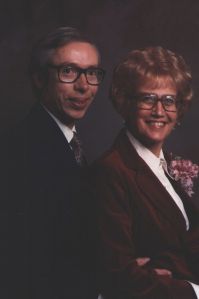 Born (Elkhart, IN) and raised in the Mennonite Church, later attending the Presbyterian Church in Texas, she lived a lifetime of faith, family, and service to others.

Doneta grew up mostly in her hometown of Goshen, IN during her primary and secondary school years, before moving to La Junta, CO in her late teens. She graduated from La Junta High School and then attended junior college at Hesston College, in Hesston, KS, receiving her Associate degree (1952).

She then attended and graduated from La Junta Mennonite School of Nursing (1956). She went to work as a Registered Nurse (RN) at Greensburg Mennonite Hospital, in Greensburg, KS. There, she met her future husband, Lawayne Earl Guengerich.

They were married December 22, 1957 in Rocky Ford, CO, moving to Wichita, KS to live their early married years, having their first son (Steve) in 1959. Doneta loved being an RN, working for Saint Joseph’s Hospital in pediatrics, where she served as director of the night shift.

She and Lawayne moved briefly to Great Bend, KS, before returning to Wichita in 1962. There, Lawayne joined the emergency ambulance service, working as a crew chief for Gold Cross.

It was during this time that Doneta was diagnosed with multiple sclerosis. Rather than accepting her fate with this then-deadly disease, she decided to live life boldly, thriving for more than 55 years with the disease. 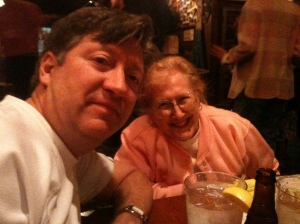 Not only did she decide to have a second son (Frank), but she continued her work as a pediatrics RN in a private practice.

In 1967, Doneta moved to Amarillo, TX when Lawayne got financial support to open up his own emergency ambulance service. They moved their family and lived there for 15 years, growing Metropolitan ambulance service, together, to the largest operator in the Panhandle of Texas, with locations in Amarillo, Pampa, Canyon, and Clovis, New Mexico.

In 1970, Doneta was recognized by the Amarillo Multiple Sclerosis Society as their Woman of the Year for her contributions and role model, as a survivor of the disease.

In 1982, she and Lawayne exited the ambulance service and moved to Dallas, TX, with Doneta co-managing a Public Storage with Lawayne for many years, before retiring and settling in Lake Granbury Harbor, TX. Her final move with Lawayne was to Austin, to be nearer their family, where they have lived since September of 2009.

Driven, generous, loving, infinitely determined, loving to laugh, deeply devoted to the care of husband and family, loyal and trusted friend, razor-witted and wicked-smart, unafraid of breaking barriers, as a professional woman, speaking her mind for equal rights for women. By her example and her exhortation, it was impossible for one to quit or perform a task with half-hearted effort. Courageous to the very end.

Doneta is survived by her husband of 63 years, Lawayne Guengerich, who served as her constant caretaker for the past decade, as her physical health and ability to walk declined;

A private, family memorial service will be (was) held July 11, 2020, at Shepherd of the Hills Lutheran Church. In lieu of flowers, donations in her memory can be made to the National MS Society. Her official obituary listing with the All Faiths Funeral Services may be found on their website.